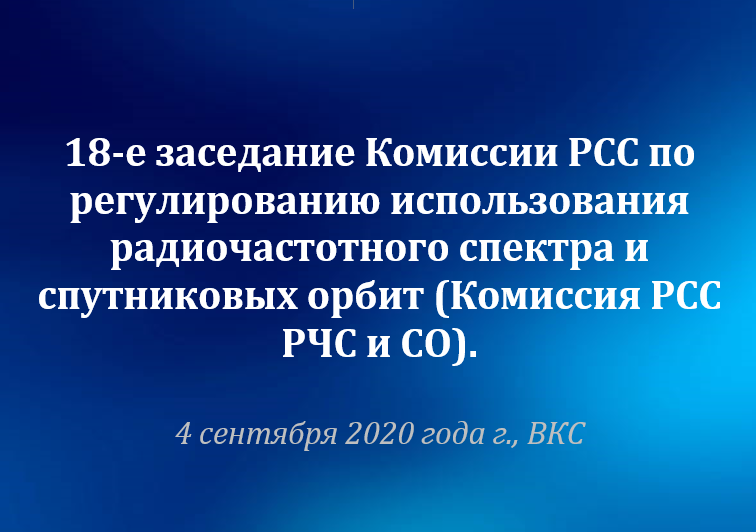 The meeting was opened by Valery Vladimirovich Butenko, Chairman of the RCC Commission for RFS and SO, Chief Designer of FSUE "NIIR". He proposes to consider the issue of the radio frequency sector for the development of 5G/IMT-2020 technologies in the countries of the RCC Members, as well as the results of the work of the Commission Working Bodies, meetings of which were held from August 18 to 28, 2020. 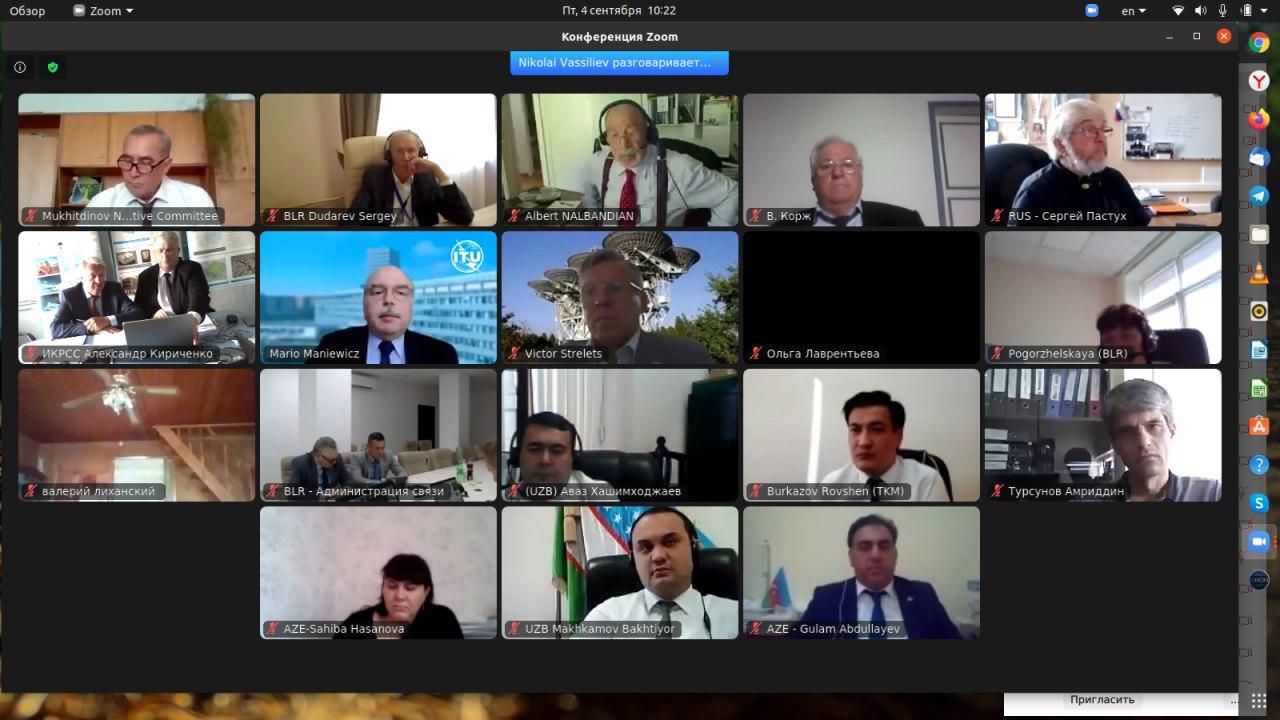 The General-Director of the RCC Executive Committee Mukhitdinov Nurudin Nasretdinovich addressed the meeting participants with a welcoming speech, who noted that the development of information and communication technologies is one of the main criteria for the growth of the economic and social potential of the RCC Member-States, and an important indicator of the degree of integration into the world economy.

On behalf of the ITU, the Director of the RB Mario Maniewicz made a welcoming speech. He noted the great contribution of the RCC to the preparation for the World Radiocommunication Conferences and wished a fruitwul work to the participants of the meeting, which will allow all the RCC Member-States to prepare for the WRC-23 at a high scientific and technical level. Also, the Director of the ITU RB announced the readiness of the ITU RB to assist the RCC Member-States in resolving issues on the practical aspects of the application and registration of frequency assignments to space and ground radiocommunication services.

At the meeting of the RCC Commission, topical issues of radio communication, broadcasting and reports of the Working Bodies of the Commission were considered. 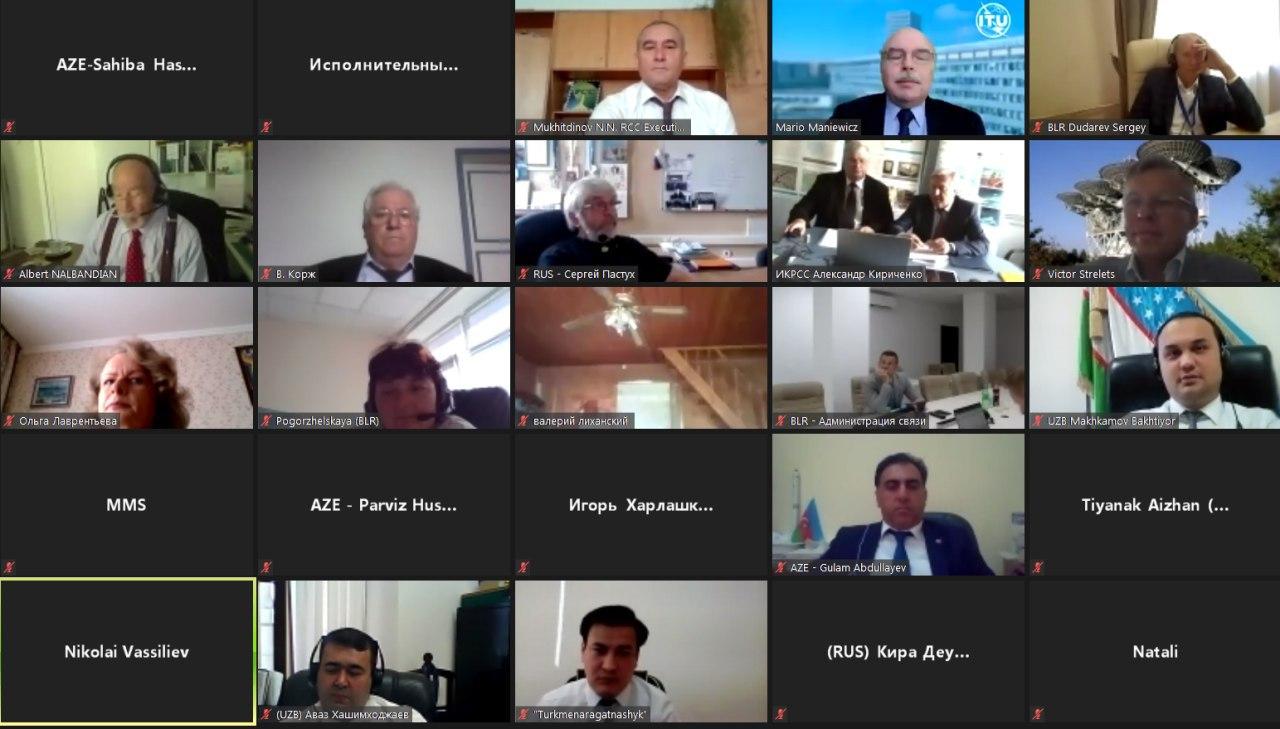 The following documents developed by the WG RA/WRC were approved:

- preliminary position of the RCC CAs on the items of the WRC-23 agenda, version of September 4, 2020;

- questionnaire on the Use/Application of Reference Frequency and Time Signals (RFS) distributed on the territory of the RCC Member-States by the ground stations of the standard frequency and time signals service as well as by the global navigation satellite systems..

In preparation for the joint 56/26 meeting of the RCC Board of the CAs Heads and the Coordination Council, the participants of the meetings considered the information of the Working Group on Radio Frequency Spectrum Management (WG RFS) on the current and planned implementation of 5G/IMT-2020 systems in the RCC Member-States.

The participants of the meeting also considered the reference material "Deployment of LoRaWAN networks" and recommended it for the usage by the RCC CAs.

The issues on organizing the preparation of proposals for additional channels to the Geneva-06 Plan in the 470-694 MHz radio frequency band were discussed, and methods of applying the technical foundations for EMC calculations and frequency-territorial planning were determined.

The Commission thanked Almira Rafailovna Gataulina (CA of Uzbekistan) for many years of contribution to the work of the Commission on the Regulation of the usage of the Radio Frequency Spectrum and Satellite Orbits.

The next meeting of the Commission and its Working Bodies is planned to be held in March-April 2021. 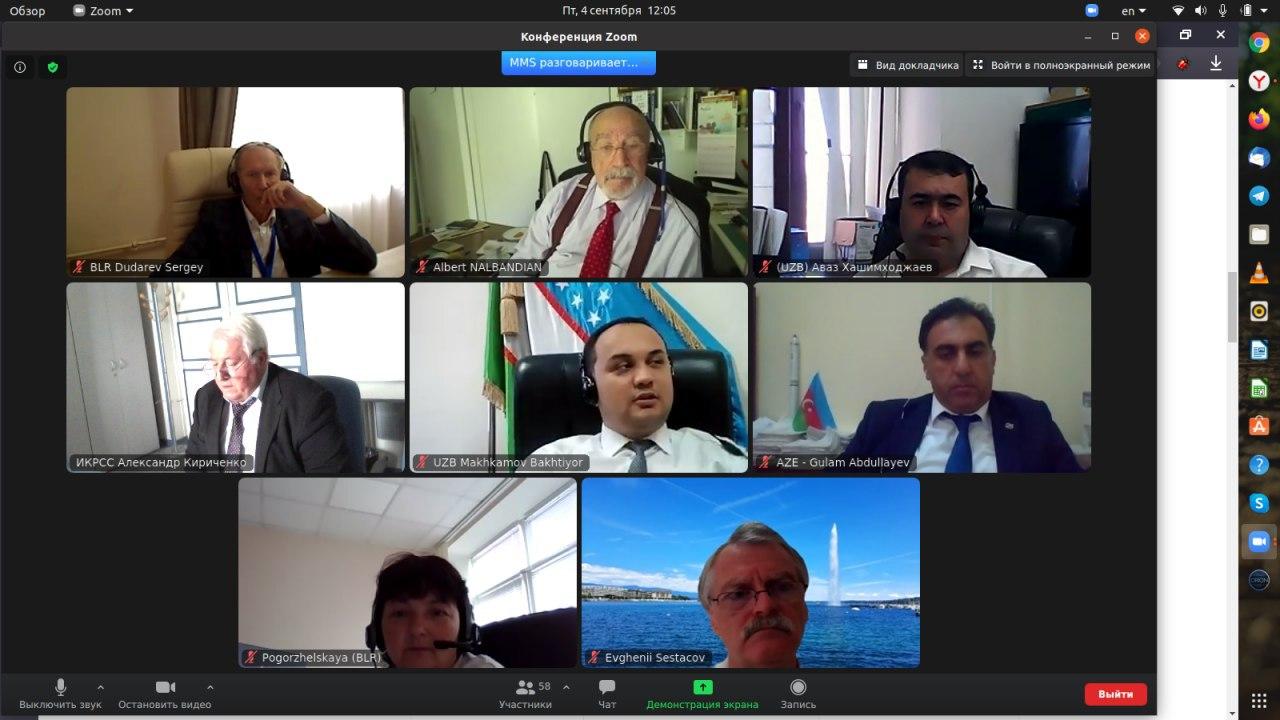 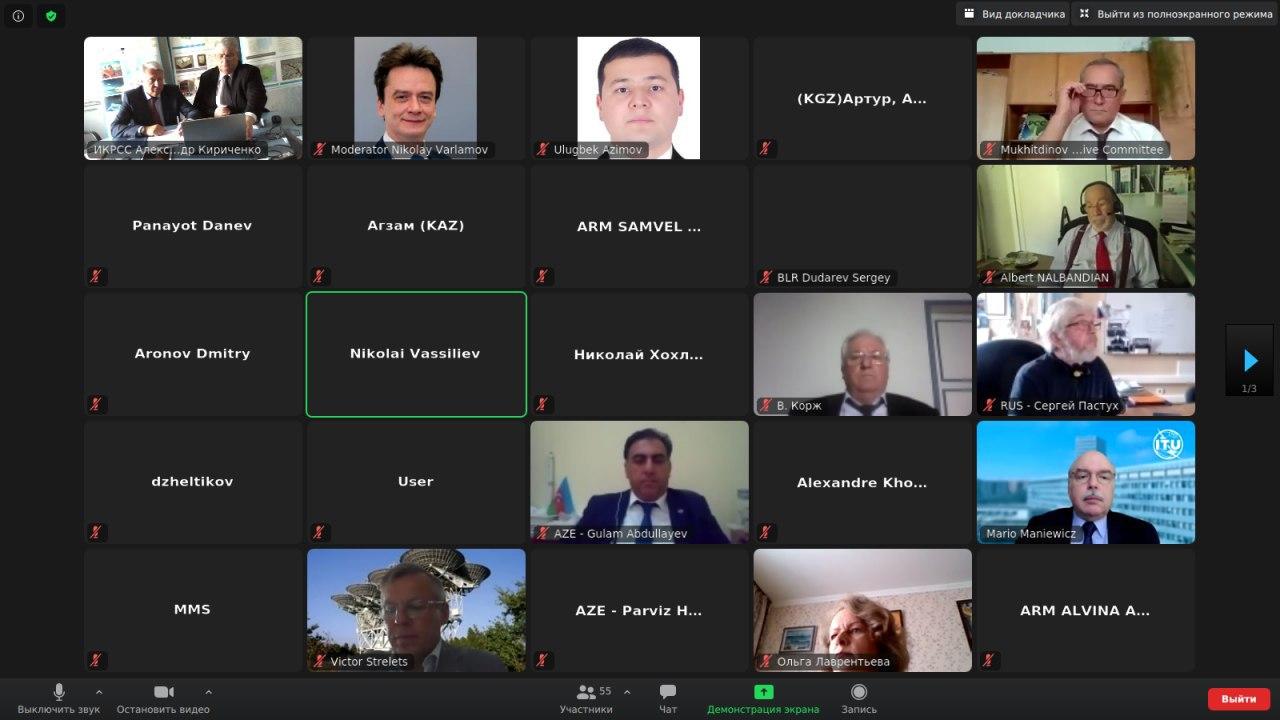