In the period from February 26 to 28, 2020 in Minsk, the Republic of Belarus, the 17th meeting of the RCC Commission on the Regulation of the Use of the Radio-Frequency Spectrum and Satellite Orbits (RCC Commission on RFES and CO) and the Working Group on Preparation for AR / WRC ( WG AR / WRC).

The meeting of the Commission was chaired by the Chairman of the RCC Commission on RFES and JI President of the National Radio Association, Chief Designer of FSUE NIIR Butenko Valery Vladimirovich.

Deputy Director General of the RCC Executive Committee Zorya Natalia Evgenievna wished a successful start of work in the new research period in preparation for the AR-23 and WRC-23.

The RCC RCS and JI Commission summed up the participation of the RCC CA delegations in the work of AR19 and WRC19.

The chairman of AR-19 and the deputy chairman of WRC-19 Pastukh Sergey Yuryevich made a report on this issue. The RCC RCS and JI Commission noted the high achievements of the coordinated work of the RCC CA delegations in reflecting the General proposals of the RCC CAs in the final acts of the Conference.

The Chairman of the Working Group on the preparation for WRC-19 and AR-19 (WG WRC-19 / AR-19) Nalbandyan Albert Bagratovich presented a report on the results of the activities of WG WRC-19 / AR-19 in the period 2016 - 2019. The Commission approved the activities of the group for the specified period, noting that the systematic preparations for the AR-19 and WRC-19 led to the reflection of the RCC CA General proposals in the ITU-R resolutions and the Final Acts of the Conference, and also contributed to increasing the authority of the RCC in the international arena.

Information on the results of the first session of the Preparatory Meeting for the 2023 Conference was presented by the coordinator of the RCC at AR-19 / WRC-19, Strelec  Viktor Andreevich.

The RCC RCS and JI Commission established a Working Group on the preparations for the Radiocommunication Assembly and the World Radiocommunication Conference (WG AR / WRC), which will operate on an ongoing basis, approved the Regulation on this group and its composition.

During the 1st meeting of the WG AR / WRC, a draft Plan was prepared for preparing the AU of the countries of the RCC participants for the Radiocommunication Assembly and the World Radiocommunication Conference 2023 (AR / WRC). The Working Group appointed Focal Points for WRC-23 agenda items. 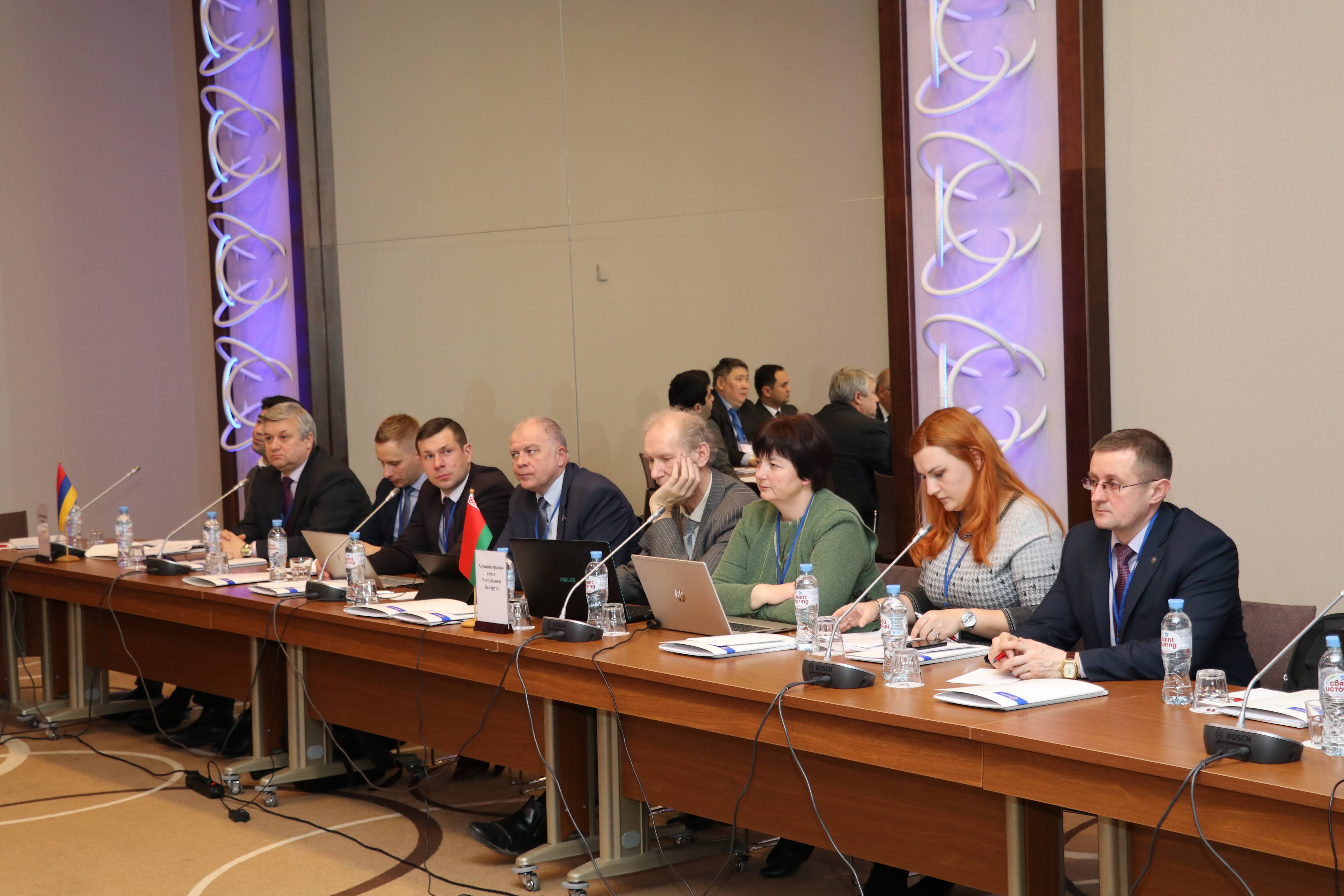 The vice-chairmen were re-elected:

Abdullaev Gulam Nadir oglu, chief adviser to the telecommunications sector of the Ministry of Transport, Communications and High Technologies of the Republic of Azerbaijan;

Nalbandyan Albert Bagratovich, Advisor to the Minister of High-Tech Industry of the Republic of Armenia;

Korzun Dmitry Nikolaevich, Head of the Radio Frequency Spectrum Regulation Department, Ministry of Communications and Informatization of the Republic of Belarus;

Makhkamov Bakhtiyor Shukhratovich, head of the department for regulation of the use of the radio frequency spectrum of the Ministry for the Development of Information Technologies and Communications of the Republic of Uzbekistan. 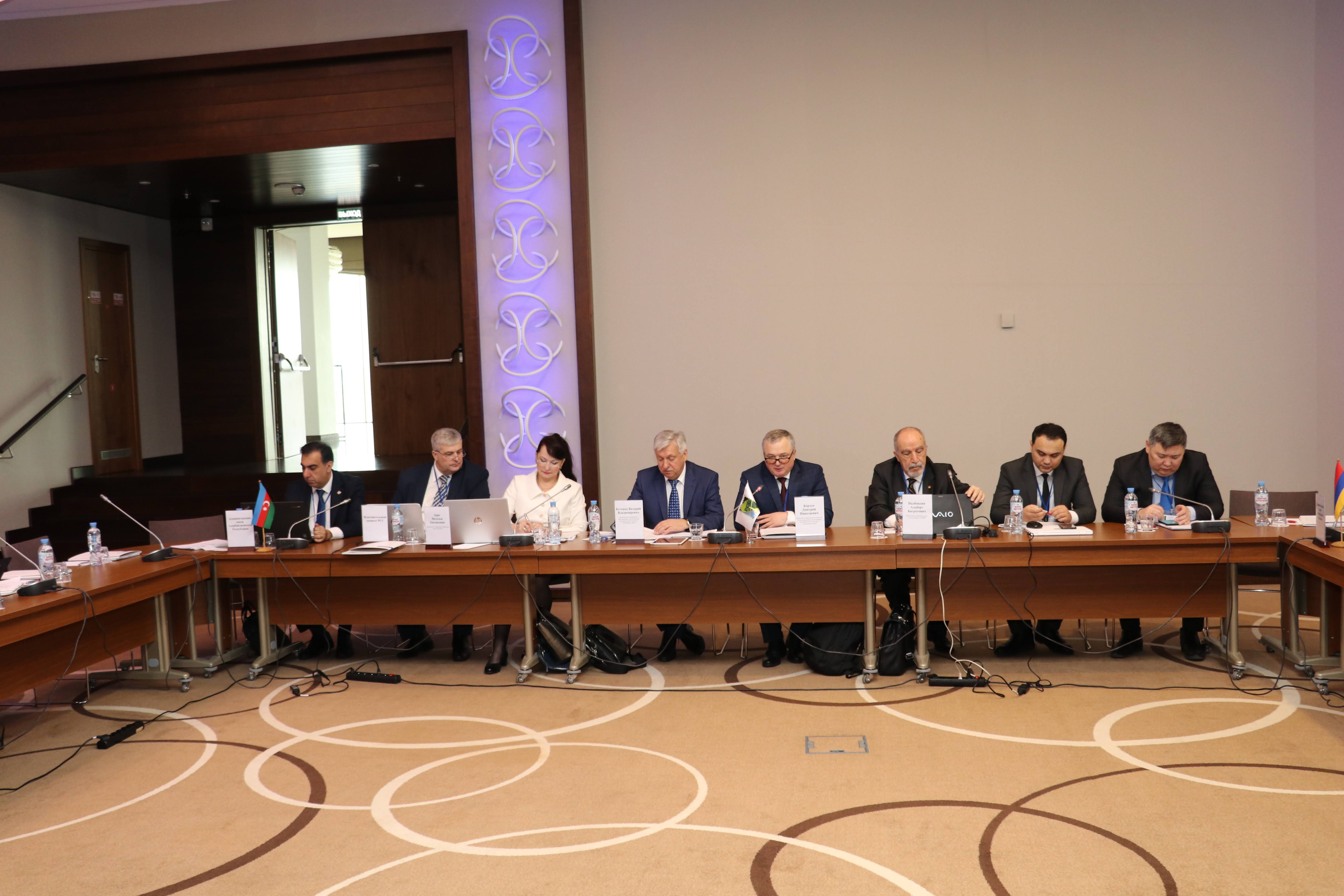 The next meeting of the Commission is scheduled for late April 2020.

In conclusion, the meeting participants expressed gratitude to the RCC Executive Committee and the Communications Administration of the Republic of Belarus for the excellent organization of the Commission meeting and the warm welcome.